Network Growth of “The Silent Majority”

A few weeks ago, I was added to the closed Facebook group, “The Silent Majority” (TSM), of Mar Roxas-Leni Robredo (RoRo) supporters (#PHVote) when it only had less than 10,000 members. (As of this writing, the TSM has organically grown to ~150,000 members.) I noticed how quickly the group swelled in just a matter of days. The membership expansion was so fast that my friend Chris also got curious about its network growth dynamics. We decided to “visualize” the mushrooming of the online society. With the help of our friend Ed David, who is also a member of the closed group, we were finally able to map the social network of RoRo supporters. The image below shows ~100,000 members (1 yellow dot represents 1 TSM member) and how each and every one is connected to each and every one; the two insets zoom in on two arbitrary clusters in the 100,000 strong network structure. 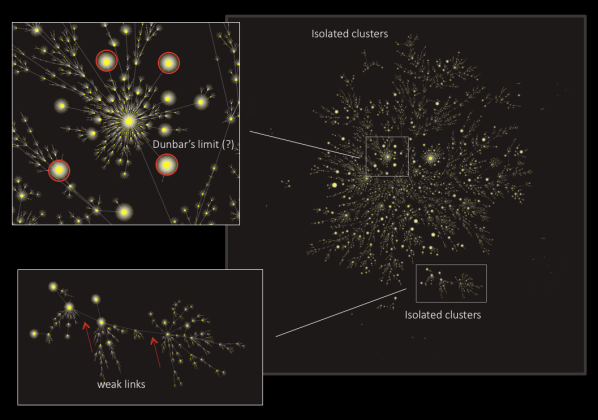 The graph constructed is a directed one with source nodes “adding”/”recruiting” the target nodes to the TSM. Below, we further zoom in on one of the insets; each yellow dot is a TSM member. 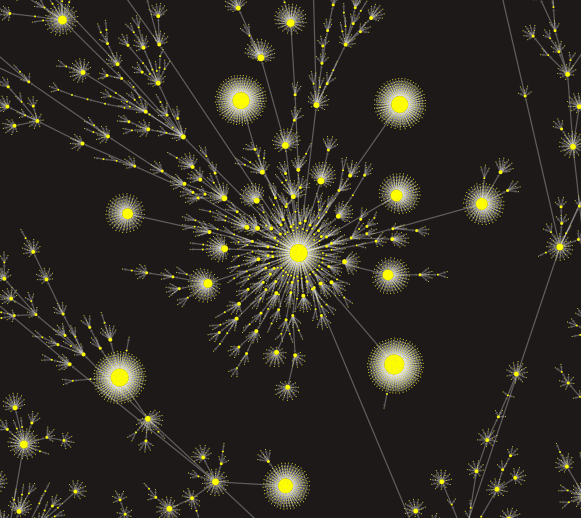 The network, of course, includes a time component—the time and date when a member is added. Below, we create a visualisation of how the network grew from a few members to 5,000 members. For this dynamic visualisation, we limit the size of the network  since the construction can be a bit tedious and computationally expensive.

And here’s a snapshot of the same 10,000 member TSM. In the figure below, we vary the size of a node depending on its “out degree” or the number of individuals a node has invited/added to TSM. 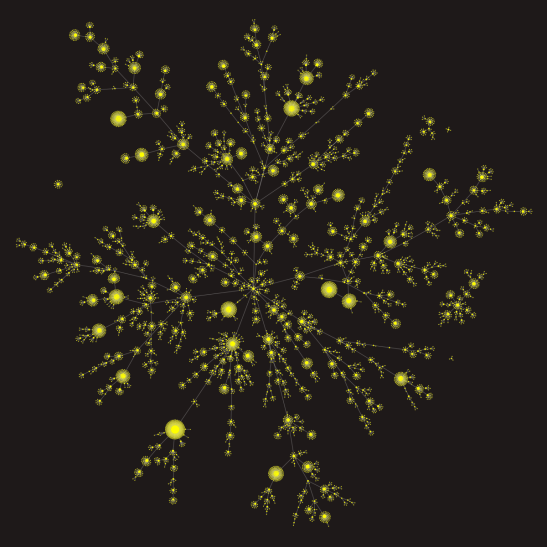 Finally, the entire network we have collected (incomplete) with ~100,000 nodes. [Full Image] 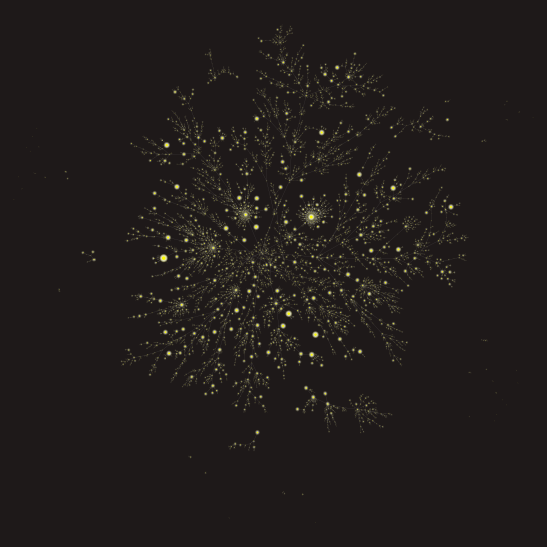 In the figure below, we show the plot for the number of new TSM members an existing member has invited. The x-axis represents the members according to their ranks in terms of the number of people they have invited to join TSM (e.g. Rank 1 – the one with the most number of invited/added people), while the y-axis represents the number of new TSM members that particular person in the rank has invited. Although the number of members the TSM has in our dataset is about 100,000, we observed that only less than 8,000 of the members have actually invited at least one to join the Facebook group. 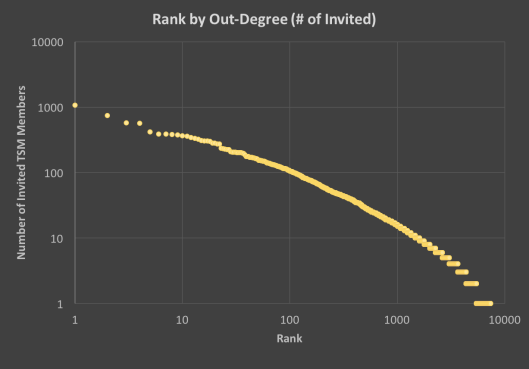 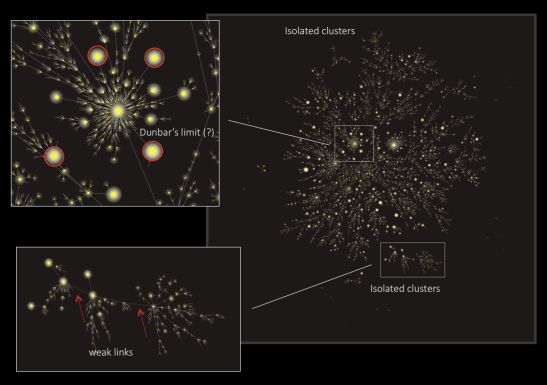 Disclaimer: This is a personal post/blog, the opinions expressed here represent my own and not those of my employer.

15 comments on “Network Growth of “The Silent Majority””